Call of Duty: Black Ops Cold War launched this month on PS5 Xbox Series X, PC, PS4 & Xbox One. Side note: I didn’t realise how long the game’s name actually was until I typed it.

We thought it would be time to re-visit this ‘Best Of’ list and include both Call of Duty Modern Warfare (2019) and Call of Duty: Warzone alongside the addition of Cold War.

Vote each Call of Duty title up or down to have your say!

The Call of Duty franchise began back in 2003 and has seen many highs, and lows since then. Call of Duty 4: Modern Warfare (2009) brought perhaps the greatest praise, with recent, more futuristic settings bringing the biggest criticism.

We have put together all the main releases of the Call of Duty series leaving out mobile versions, expansions and remakes.

Now you can voice your opinion on your favourite Cod games – simply Vote UP on your favourites or Vote DOWN on the entries you didn’t really fancy. And guess what, if it was neither good or bad, just average – you don’t have to vote at all for that one!

You can vote up/down more than one title, so it will be interesting to see what the rKade community decide is their favourite Call of Duty game of all time.

With the Call of Duty Modern Warfare reboot announced last week, we may have to revisit this list later in the year. You can pre-order Modern Warfare in the Store BTW. 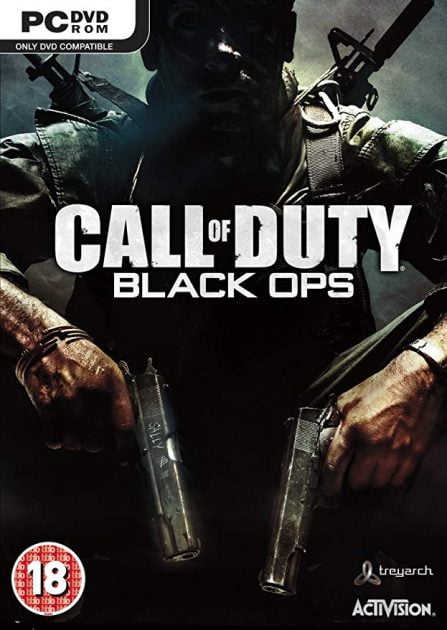 Developed by Treyarch, it is the first game in the series to take place during the Cold War and also takes place partially in the Vietnam War. 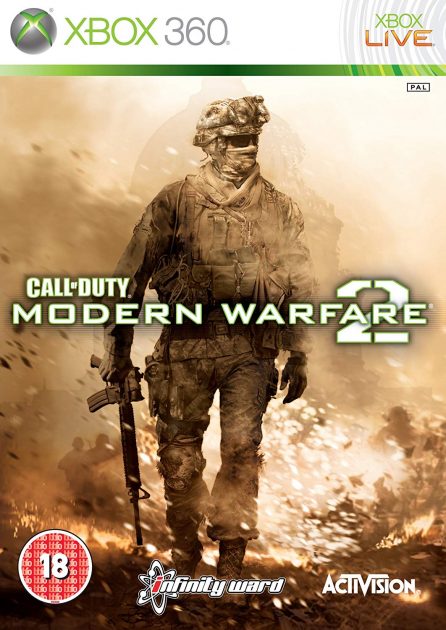 Modern Warfare 2 is the direct sequel to Call of Duty 4 and continues the same storyline, taking place five years after the first game and featuring several returning characters including Captain Price and "Soap" MacTavish. 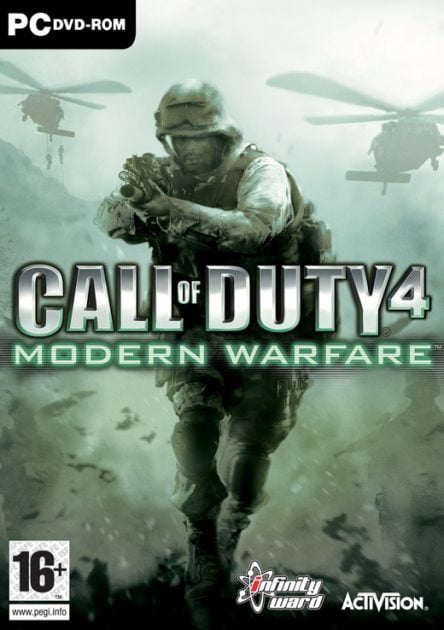 Call of Duty 4: Modern Warfare is the fourth installment of the main series, and was developed by Infinity Ward. It is the first game in the series not to be set during World War II, but set in the modern day. 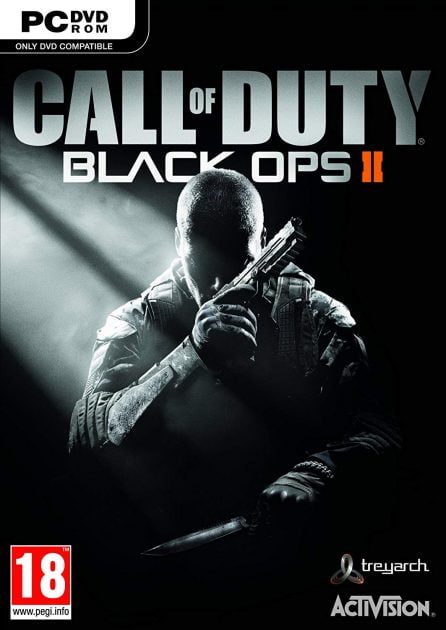 Developed by Treyarch, it was the first game in the series to feature future warfare technology - something which would be a continuing theme for the years to come. 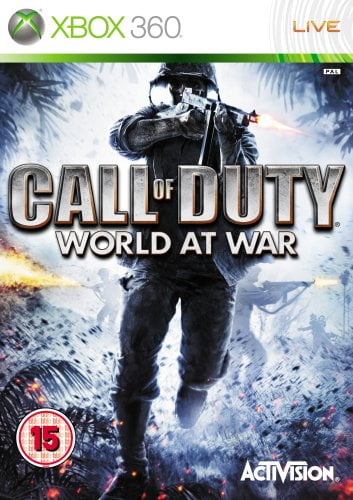 Developed by Treyarch, Call of Duty World at War is the fifth installment of the main series. Released after Modern Warfare, it returns to the World War II setting of earlier titles. It acts as a prologue for Treyarch's next game, Black Ops, which is in the same universe, sharing characters and story references. 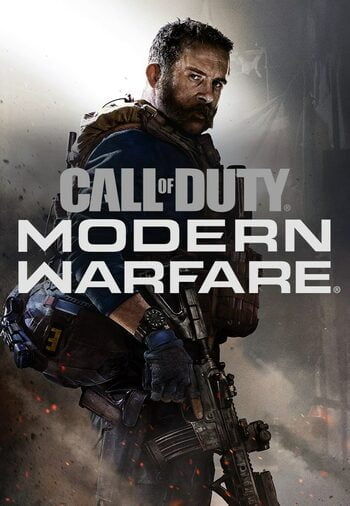 A reboot of the Modern Warfare series that we were first introduced to way back in 2007.

A gritty and somewhat controversial single-player campaign was a bold take on the representation of realism within video games. For me, it was shocking - and and experience that I thoroughly enjoyed.

Meanwhile, multiplayer returned to the solid roots that we originally loved with Call of Duty. But new new additions that truly improved the FPS gameplay such as tactical sprinting, reloading while ADS and mounting your weapons were incredible additions to gameplay.

Gunfight also deserves a mention as to being a really fun and original game mode that marks its debut in the Call of Duty franchise. 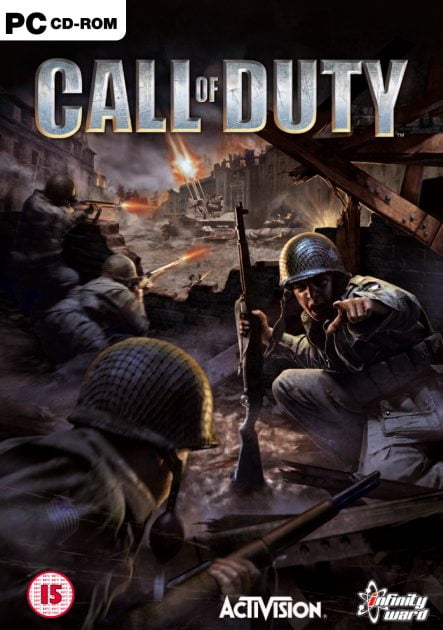 Released on October 29, 2003. The game was developed by Infinity Ward and published by Activision. 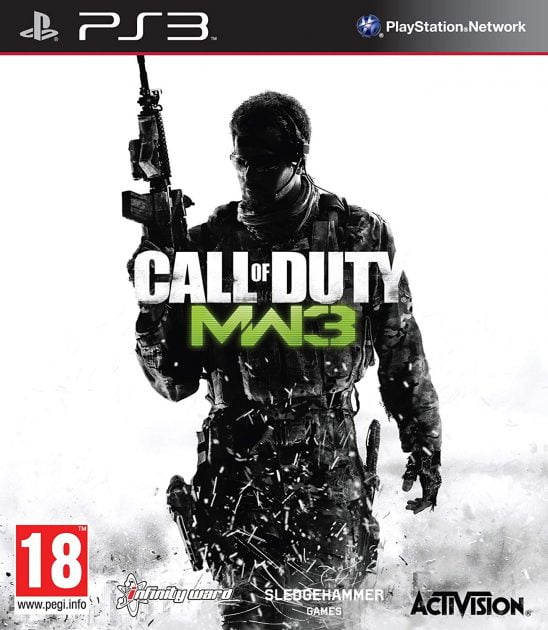 Due to a legal dispute between the game's publisher Activision and the former co-executives of Infinity Ward – which caused several lay-offs and departures within the company – Sledgehammer Games assisted in the development of the game, while Raven Software was brought in to make cosmetic changes to the menus of the game. The game was said to have been in development since only two weeks after the release of Call of Duty: Modern Warfare 2.

The game continues the story from the point at which it ended in the Call of Duty: Modern Warfare 2 and continues the fictional battle story between the United States and Russia, which evolves into the Third World War between NATO allied nations and ultra-nationalist Russia. 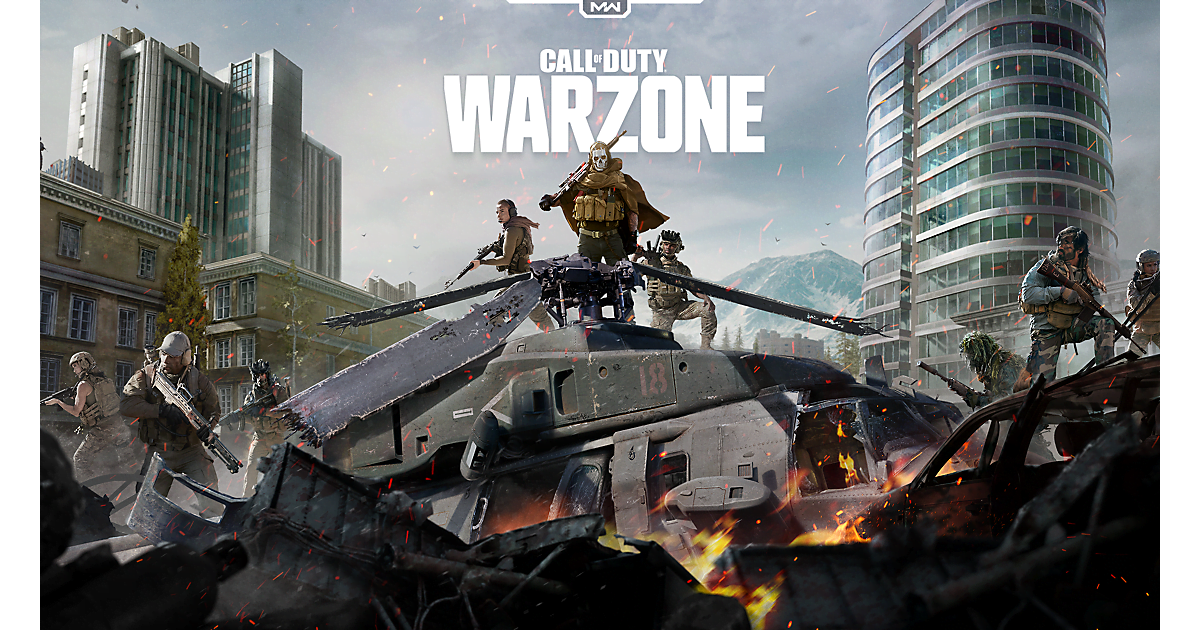 Call of Duty: Warzone is a free-to-play battle royale video game released on March 10, 2020, for PlayStation 4, Xbox One, and Microsoft Windows.

Warzone passed 60 million downloads in the first two months upon release which shows you just ow popular this BR game has proved.

Set in the fictional location of Verdansk, 150 players can battle it out to be the last player or squad left standing. Avoid the gas, survive the gulag and enjoy the memes - seriously, we even have our own list of Warzone memes here on rKade.

Season 6 of Warzone released 29th September, 2020 and there was also a special limited time event for Halloween which brought zombies to Verdansk for the very first time. 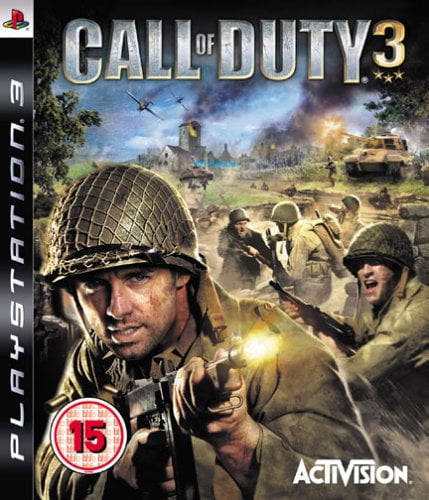 1981. The Cold War is at its peak. World powers grapple for control and a hidden threat looms. In Call of Duty: Black Ops Cold War, players will engage in deniable operations, fighting the battles that never happened to stop a conspiracy decades in the making.

Throw in Zombies and Multiplayer and you've got yourself another entertaining entry to the franchise.

Criticism has been aimed towards the lack of content with just 8 maps at launch and a relatively short campaign (approx. 5 hours). But some open-world style campaign missions and creative attempts to buck the generic Call of Duty campaign, it does offer something different. 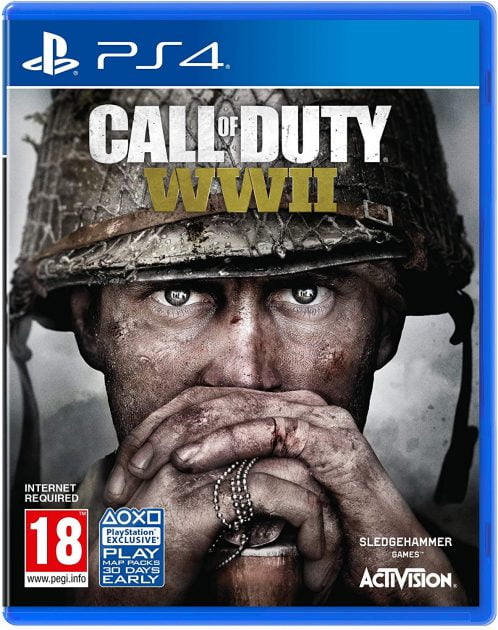 Call of Duty: WWII is the fourteenth game in the series and was developed by Sledgehammer Games.

A sequel to Call of Duty, It was developed by Infinity Ward and published by Activision. The game is set during World War II and is experienced through the perspectives of soldiers in the Red Army, British Army, and United States Army. 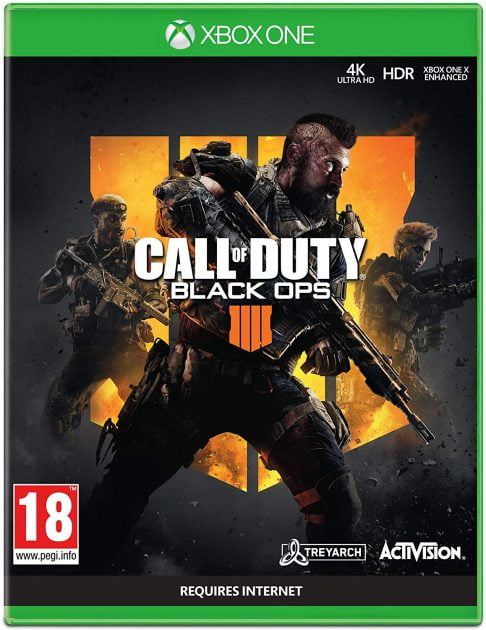 Call of Duty: Black Ops 4 is the fifteenth main installment in the series. It was developed by Treyarch and is the most recent Call of Duty game. 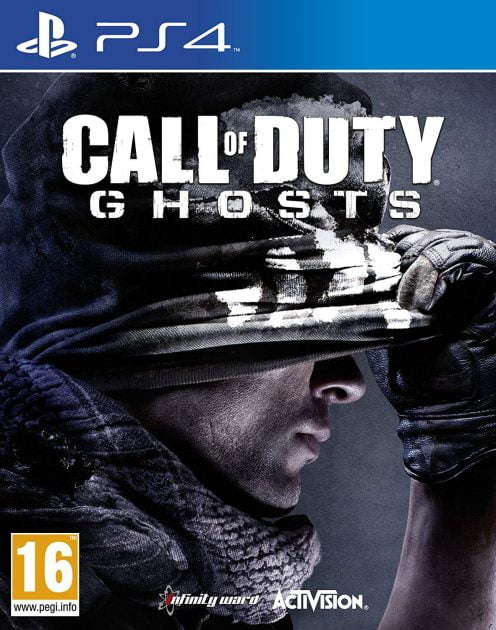 Call of Duty: Ghosts is the tenth main installment in the series, and was developed by Infinity Ward with Neversoft and Raven Software. It also featured a dog as your companion.

This game is popularly considered marmite among the community it seems for its strong single player but poor multiplayer. 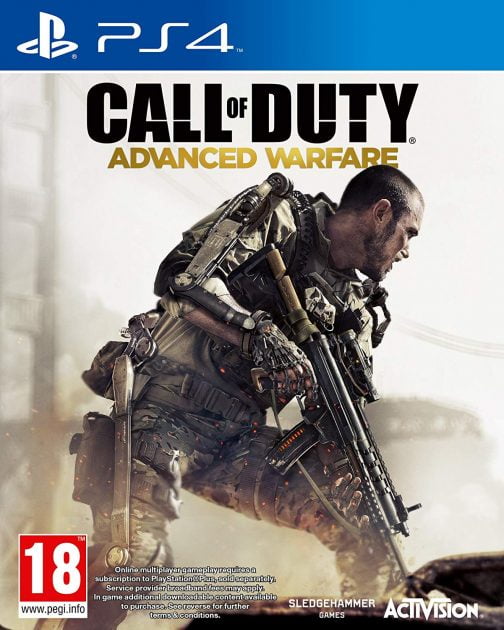 Call of Duty: Advanced Warfare is the eleventh main installment in the series, developed by Sledgehammer Games with assistance from Raven Software and High Moon Studios.

This is when futuristic Call of Duty really became a thing. It also starred Kevin Spacey in the lead role (before his recent accusations of abuse). 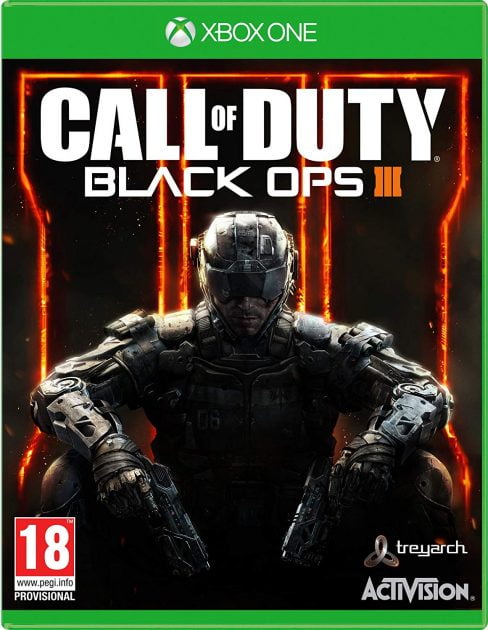 Call of Duty: Black Ops III is the twelfth main installment in the series, developed by Treyarch and published by Activision. 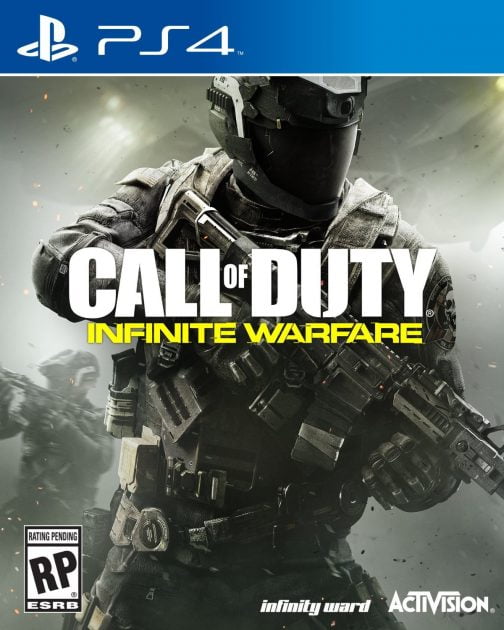 Call of Duty: Infinite Warfare is the thirteenth main installment in the series, developed by Infinity Ward, and was published by Activision. 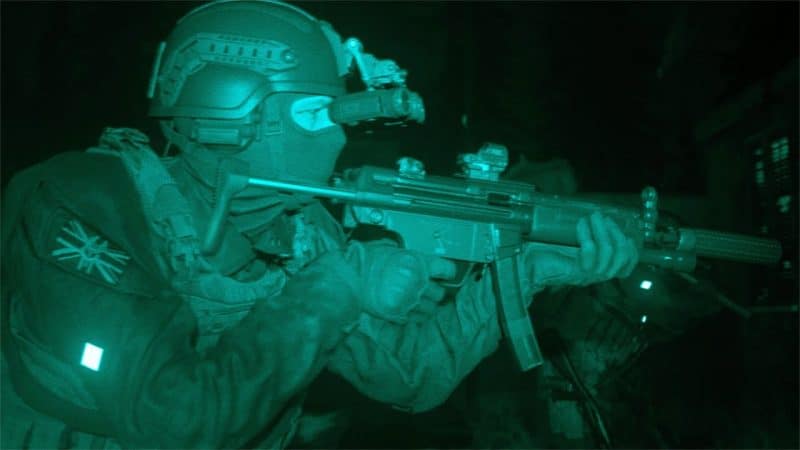