Now, before you get pissed off by the anger-inducing click-bait-esque title – I will say this, EA/Battlefield don’t own the rights or license to WWI/WWII shooters, because that would be pretty f***ed up. And even if they tried their best to make an exact copy of Battlefield 1, Sledgehammer Games (who are making this year’s title) would still end up with something different; that’s the beauty of different creative minds working behind a title. So I am going to discuss the idea that Activision/Sledgehammer were heavily ‘influenced’ to make Call of Duty WWII.

Gaming is a business. So game developers research markets, they take on feedback, but they also attempt to predict markets. It’s about trends. I once read a theory about beards (bear with me here)…it’s 2017 and we are well into the ‘beards are cool’ phase. But it was said that when the majority of men end up growing a beard, the man who is clean shaven is the one who actually stands out more and is therefore more desirable – reversing the trend and queue men around the country shaving their pretty little faces. Beards aren’t new, and neither are FPS games set in WWI/WWII. This year Sledgehammer Games joins the WWII ranks of Call of Duty with Call of Duty: WWII, which will bring the series back to World War II after nearly ten years. So it’s like this with Call of Duty WWII, we have been deprived of a COD game set in this era for nearly 10 years. We have somewhat forgotten what it was like; just how good it was. Our inner selves have an inkling of the Call of Duty memories which makes us subconsciously piss ourselves with some excitement. Heck, calling in the dogs for a 5 kill streak…that really brings back the feels!! Activision have made on gone cold-turkey on these games. And like any good drug dealer, they take notice of their demand. We have been craving a fix…a fix for our bouncing betty-less lives. A fix for old school tank warfare (hopefully). A fix for a good old fashioned bolt action sniper rifle in a bell tower that will pierce enemy skin like a shark would rip apart a wee little pug. Activision, we want this hit and November cannot come quick enough.

But, they haven’t innovated the FPS genre (in the recent era, at least) – instead EA did with the release of Battlefield 1. Before you rip my head off – yes these are 2 different wars, but they are similar eras and well away from the futuristic shit that we have been given recently. Did you hear Sledgehammer Games at the live reveal constantly say how WWII is a “boots on the ground” and “visceral experience,” then repeat repeat repeat. In other words .. we are offering a more realistic game this time around because we effectively know how shit you all thought of the last few games. Now, people have already intelligently said, “but when Battlefield 1 was announced, WWII had already been in development for 2 years!” Which begs my question, “So how long was Battlefield 1 in development for when development had started on Call of Duty WWII? Staff come and go, yes they sign confidentiality agreements etc, but rumours do get out. Is it not entirely possible that each studio is somehow aware of each others intentions and plans for the future? Sure, the majority is kept under wraps. But put yourself in EA/DICE’s shows for a second. It was clear to see towards the end of even the Modern Warfare titles that the franchise was edging closer to a futuristic setting, year by year. So, if you’re on team EA, it would make sense to say, “we know that the Call of Duty games are going in this direction, so why don’t we start working on a WWI game so we won’t be competing with them, we’ll be the only AAA WWI first-person shooter and it’s been a while since anyone made a game like this!”

On the contrary, imagine IF the futuristic setting of recent Call of Duty games were a success, that people hated the idea of a ‘boots on the ground’ experience, Activision would have innovated again, and been in their strongest position yet. But it didn’t work. They tried it and we can all move on now, we have to give them credit for at least trying to innovate, even if unsuccessfully. But are you really telling me that after 10 years with a Call of Duty game set in that era, that it just happened to coincide with the release of Battlefield 1 a mere 12 months earlier? I’m not so sure.Despite all of this, I feel Sledgehammer Games are in a win win position. Off the back of possibly the worst received Call of Duty game ever – the only way is up now. Bundle in an already creepy looking Nazi-Zombies mode, the Headquarters aspect of multiplayer and our need for the old-school Call of Duty drug – and they are on to a winner. Battlefield 1 proved there’s a demand for games in this era and for this kind of gameplay. So what if they were influenced by EA, by us and by the failure of recent games. At least they are reacting to that. They could even learn from where Battlefield 1 didn’t quite reach the top levels. It was an OK game, but nothing spectacular. There’s a better chance of knocking up a really special game here.

To make clear, I am not a fan boy. I love both games – for very different reasons. It’s like comparing Bond with Bourne. Sure, they are both action cool heroes we would all love to be; films with brutal fights and tons of action – but they offer something different and shouldn’t really be compared side-by-side. This is the same with Call of Duty and Battlefield. I just find myself in the quite unfamiliar situation where Call of Duty isn’t on the front foot this time around and I bet Activision feel the same way – they need this game to be a success. Call of Duty has been the innovator, the top dog that each FPS game strives to be. They spark the trend, but this is where the futuristic setting was the exception, just one step too far (or a couple of jet-pack-jumps too far). However, Sledgehammer Games look like they’ll make up for it with WWII. This is their bread and butter after all, right?

Make sure you have your say in the discussion below or you can even join the official rKade Discord Server. Here’s to Call of Duty WWII and you can pre-order your copy of Call of Duty WWII from the rKade store! 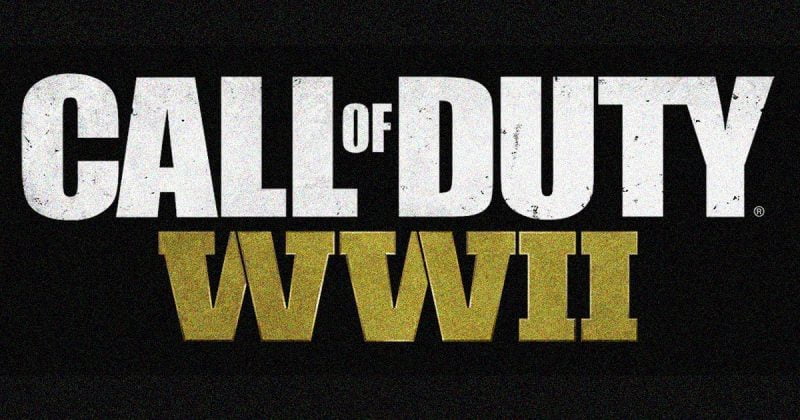